Lessons from an evening of epic failure 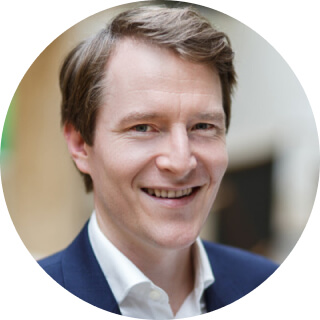 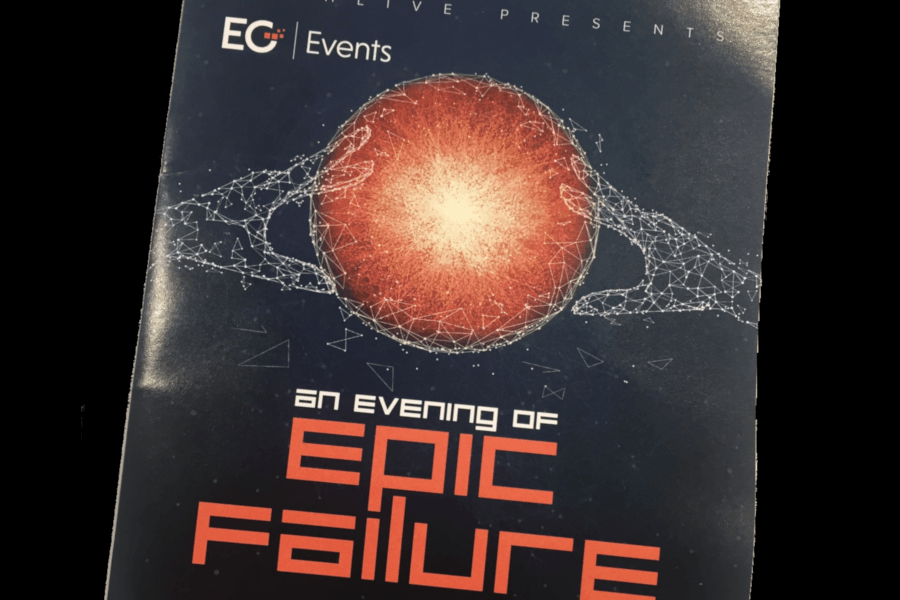 I was fortunate enough to attend Estates Gazette’s Tech Live screening of the excellent documentary “General Magic” about the company’s doomed attempt to take to market the first ever handheld personal computer in the...

Last night, I was fortunate enough to attend Estates Gazette’s Tech Live screening of the excellent documentary “General Magic” about the company’s attempt to take to market the first ever handheld personal computer in the 1990s.

The film (watch trailer) follows a talented Silicon Valley team throwing themselves into the development of an intended world-changing product. Directors Sarah Kerruish and Matt Maude intersperse original footage with recent interviews of the main protagonists to great effect as we see them dream big – VERY BIG – before ultimately failing to deliver.

Yet, what could have been a sad story of a grand failure is transformed into a triumphant celebration by the subsequent and remarkable success of General Magic’s alumni. (More on those successes later). Perhaps because I’m part of a team building a product at the moment, the film and the subsequent panel discussion hosted by EG’s Editor Sarah McClary really struck a chord. So, I thought I’d share some of the moments that resonated with me.

Here’s what I learned from a night of epic failure.

The power of a vision and a compelling story

The film introduces us to Marc Porat, General Magic’s founder and clearly charismatic leader, along with his rather important binder. The binder, now in a technology museum somewhere in Silicon Valley, held the concept for what is essentially a modern-day smartphone.

By laying out his vision and articulating both what the future would feel like and what he wanted to build, Porat was able to convince his employers at Apple to spin General Magic out into its own company, while attracting some of Silicon Valley’s best talent. It also helped him to secure funds from investors with relative ease (with one executive from Sony committing on the spot).

It reminded me of this quote:

“Data can persuade people, but it doesn’t inspire them to act; to do that, you need to wrap your vision in a story that fires the imagination and stirs the soul.” Harrison Monarth

Whether you’re selling houses or pushing a #PropTech product, if you can wrap your value proposition in a compelling story and fire people’s imagination, you’ll be better able to take them with you.

The General Magic team were tasked with creating the impossible, but they were given the freedom to try to achieve it. An unusual working environment, including free-roaming rabbits(!) and people sleeping under desks, may well have helped foster a sense of fun and commitment to the cause. The team were certainly able to push technology to the limits, resulting in some remarkable achievements with inventions including precursors to USB, multimedia email, social media, eCommerce and even emojis.

However, with the wider team in open revolt against any form of product management, we also saw the team wasting time on flights of fancy, developing features that were not essential and repeatedly missing deadlines to launch. Even the best-funded of start-ups need to eventually make money and you can’t do that when you have no product to ship.

You need to have some sort of process and/or person in place to make sure you build what you are supposed to. That’s still the case in a services business – in our service/consultancy business we have project managers to make sure our projects are completed on time and budget. Find the balance between creativity and productivity that works for your business.

Keep an eye on the external environment

As General Magic’s product development phase continued to stretch, the team took their eyes off developments in the outside world. For example, leaders routinely dismissed the importance of the burgeoning (albeit still fledgling) open internet. There’s an amusing-slash-painful story with a junior colleague pursuing support for his side project only to be told repeatedly that his online “flea market” was a terrible idea. That colleague was Pierre Omidyar and the “flea market” was eBay: now worth somewhere in the region of $42 billion!

When you’re busy, it’s really easy to get caught up in the day to day grind. But the consequences of neglecting the forces that could impact your business could be catastrophic.

Too soon ≈ too late

In the 90s, tech products were not expected to be continually upgraded quite like they are today: they were expected to ship “perfect”. It takes longer to develop a “perfect” product than it does to develop a “quite good” product and, because General Magic needed to refine brand new technologies, their product took even longer. Too long.

Despite following in General Magic’s footsteps (and despite being a shareholder), Apple beat them to the punch when it launched it’s own handheld “Newton” device into the same space, threatening valuable market share. When General Magic finally launch its “Magic Link” product, it was a commercial disaster.

The truth is that launching late was not the main issue. Quite frankly, the technology was not yet an attractive enough proposition. Apple’s Newton device also flopped, suggesting that Magic Link would not have been a success even without the delays.

“If you start paddling too early, the wave will leave you behind.” quote from someone TBC, General Magic

Could General Magic have taken an iterative approach to product development – shipping somewhat less powerful and more practical devices sooner and learning over time? Probably not. For the dream to be realised, too many related technologies, platforms and industries needed time to mature (world wide web, ecommerce, social platforms etc). That didn’t happen for at least another decade.

The clear lesson here is to make sure there’s a market for your product before you waste your resources.

Failure is part of the process

The General Magic team clearly put their heart and soul into the project and the documentary does an excellent job of illustrating the pain of that failure. In some cases, I get the distinct impression some of the people involved never completely got over it.

Despite this, it’s not simply a sad story.

A significant number of the team went on to have incredible success and, in several cases, did so through building directly on the ideas that they worked on at General Magic. Here’s just a snapshot:

Although failure is painful – and epic failure even more so – it is also an essential part of the learning process. Whatever the reason for failure – whether down to your choices, the timing or bad luck – the important thing is to take the lessons you learned with you. With any luck, it’ll put you in a far better position to realise your big idea in future.

I had intended to put the film in light of what the real estate sector can learn, but I think those lessons are pretty universal. So, I’ll leave it there for now – other than to say a quick thank you to Estates Gazette for a great evening. Networking opportunities are always welcome, but it was nice to have something different and interesting to talk to people about. The screening and related panel discussion with Matt Maude (director) & representatives from Lambert Smith Hampton and Life Venture worked well and it’s a format I hope they continue.

In the meantime, I’ll be working on a compelling story for our next real estate software product. If you’d like to find out a little more, reach out or add yourself to the list below and then watch this space!

Richard is a Chartered Marketer who is helping TopUp to continue its year-on-year growth. He's very excited about Hydra—your next favourite real estate product!

Find out how you can avoid a real estate software project failure.
Book a consultation 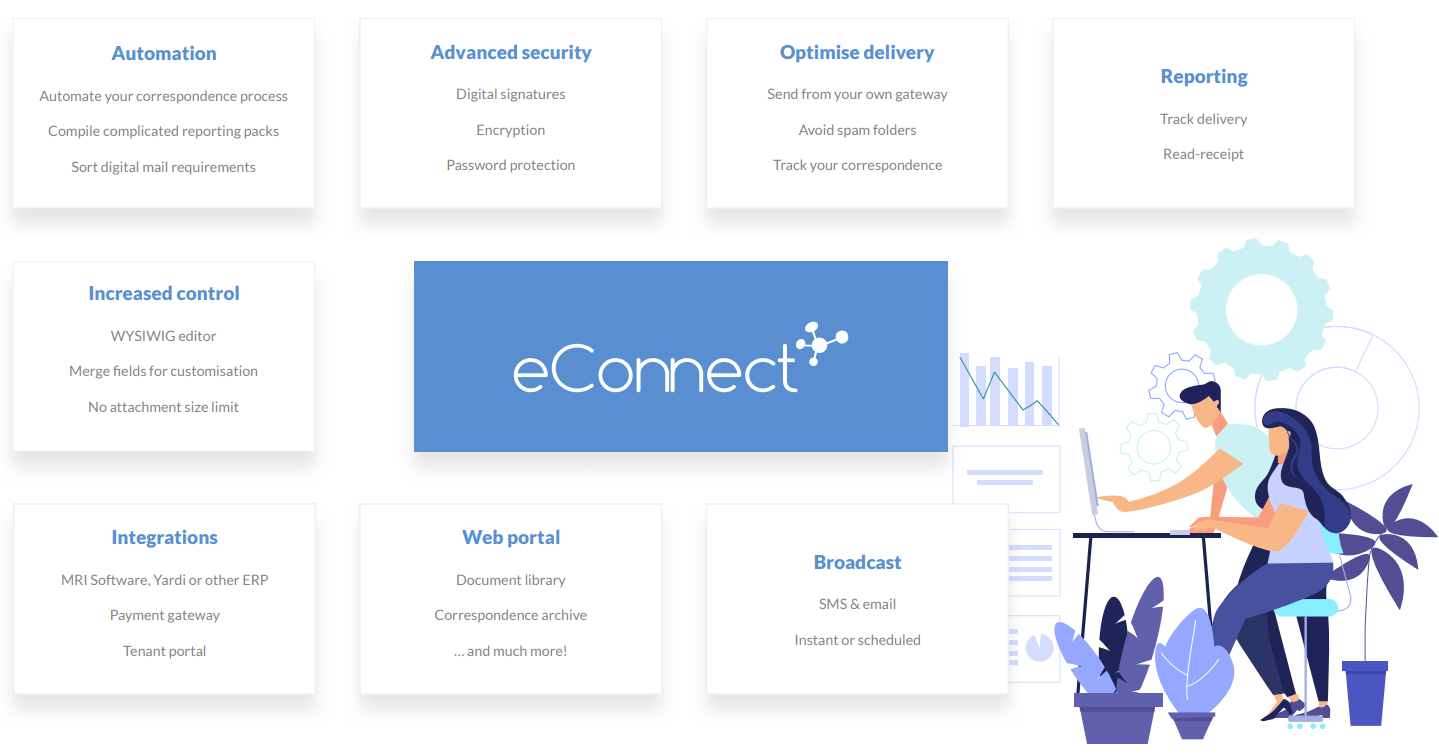 Six reasons to use eConnect for tenant correspondence

We recently received some positive words from a satisfied user of eConnect, our advanced email & communication tool for real estate systems. We turned into an article! Behold: Six reasons to use eConnect for tenant correspondence. 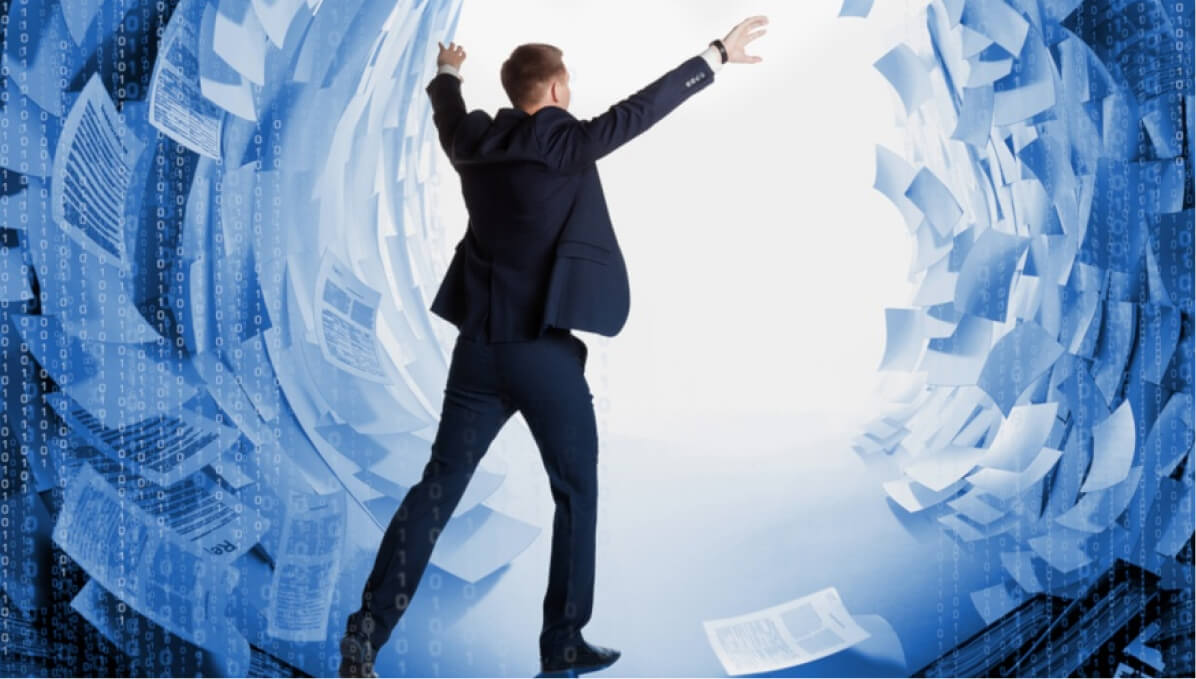 The real estate finance department capacity problem, and how you can fix it

In our role as trusted technology advisors, we frequently meet with executives in real estate finance departments that are running close to capacity levels. This is not sustainable practice...